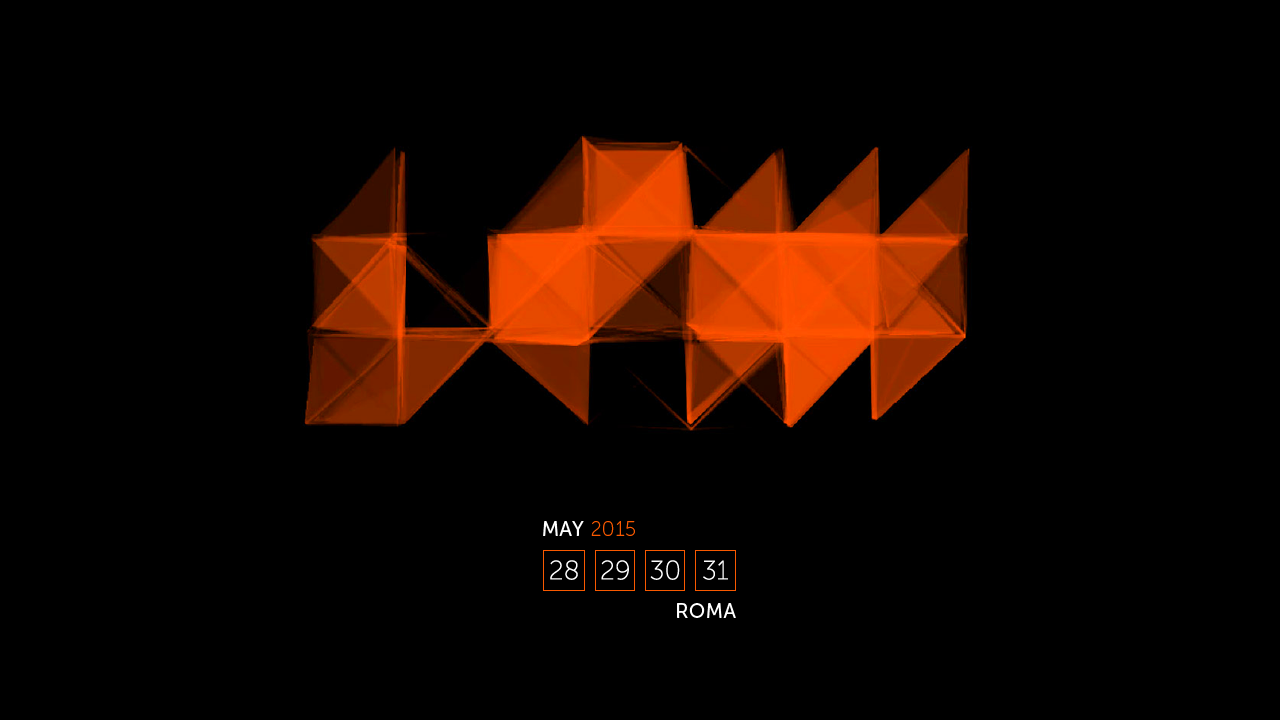 The sixteenth edition of LPM Live Performers Meeting begins on May 28th, 2015 in the spaces of Nuovo Cinema Aquila and Sapienza University in Rome.

The call for proposal is open till 21 of April.
http://liveperformersmeeting.net/2015-rome/participate/

This year LPM decided to produce the video using the audio reactive software APV created by the collective Goofy Goober Project made in OpenFrameworks.
The video is generated by the music of Blavatsky.
The art direction is made by Elisa Antonacci.

LPM is designed as a place of dialogue, comparison and exchange of ideas and information between artists and fans in the field that are accustomed to meet, communicate and interact mostly in the virtual space of the network.

A real meeting place, a space that fulfills an important opportunity for dialogue and exchange, LPM encourages research, experimentation, the encounter between different forms of artistic expression, the interaction of multiple techniques and digital technologies, analog, software and hardware. LPM is an unmissable spectacle during which the audience has the chance to meet the world’s largest selection of artists active in the field of live video performances.

The Meeting aims to promote transnational movement and exchange of ideas, artworks and artists. All funds recovered by LPMare invested to support innovative research and experimentation in the field of live visuals with the latest technologies. LPM is part of AVNODE, whose objective is to improve and promote the veejaying culture worldwide.

Realized in collaboration with international partners and co-organizers, the project includes a series of previews and promotional events focused on live video to be held inAustria, Belgium, Czech Republic, France, Germany, Greece, Hungary, Italy, Netherlands, Poland, Spain, Turkey and United Kingdom, during the most important European festivals and cultural events.

LPM is part of the LPM 2015 > 2018 Project, which has been admitted, amongst 127 applications submitted, to the Creative Europe Culture Program for European Large Scale Cooperation Projects. LPM 2015 > 2018 is a cooperation project between 14 partners from 13 countries, aimed to promote and develop live video culture to European and worldwide audience with 15 events per year.